Was Scatman John a communist? 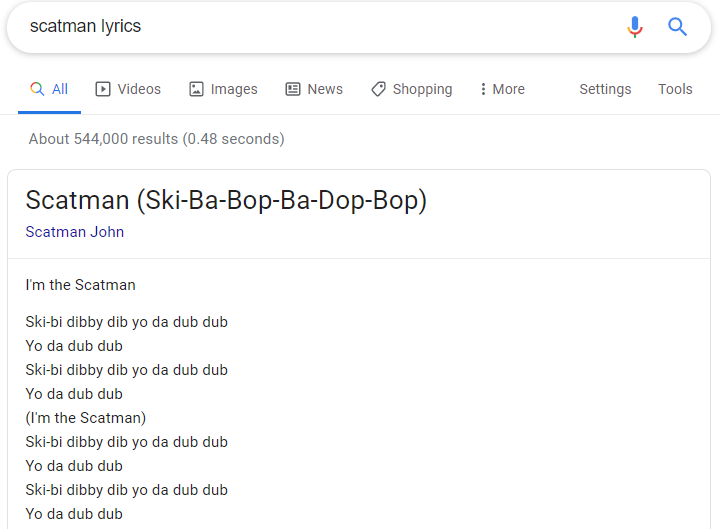 Admittedly, Scatman John probably isn’t the first thought that comes to mind when you consider leftist propaganda. I was first introduced to Scatman John in the early days of mid-aughts YouTube, where his Scatman (Ski-Ba-Bop-Ba-Dop-Bop) single was played more for laughs than anything else. Eventually, songs such as Scatman’s World made their way into my playlists, and soon it was completely beyond my control. Generally speaking, I try to avoid equating things that I like with my preferred political ideology (no, Jacobin, the Great British Bake Off is not socialist), but there has always been an element of the markings of a societal critique to the late John Larkin’s music.

I want to be a human being,
not a human doing.
I couldn’t keep that pace up if I tried.
…
Scatman, fat man,
black and white and brown man --
tell me about the color of your soul!
If part of your solution isn’t ending the pollution,
then I don’t want to hear your stories told.

You’re sitting on a milk crate, morning, noon, and night,
Fantasizing the American dream.
You’re looking pretty good, and you’ve got yourself convinced
That the nightmare isn’t as bad as it seems.
…
And while you’re at it, put the jug behind the picket fence,
‘cause the cop’s that’s driving by is sure looking mean.
Institution, contribution, restitution, destitution,
Doesn’t mean a thing to you now.
…
You’re stripped off all your pride and all you feel inside,
Is a hole a mile wide.
You’re the freedom, desperado, and the perfect living model
Of a land that hasn’t any good excuse.

Why should we be pleasing all the politician heathens,
Who would probably try to change the seasons if they could?
The state of the condition insults my intuition,
And it only makes me crazy and a heart like wood.

People of the Generation:

People of the generation,
You can put an end to separation.
You’re the living hope; you are the answer, you are the future.
…
Suppose they gave a war and hardly anybody came.
The government would spread the news that we’re all insane.
Suppose they planned a war and everybody stayed home.
They’d fall apart, and that would cause frustration to the bone.
They gave a war, nobody came, imagine all the fuss.
They’d have to send themselves instead of sending us!

Decidedly, was Scatman a leftist? I don’t know, but his songs scratch at the same wounds. Scatman understood homelessness, racism, and alienation (the latter albeit not in the orthodox Marxist sense) as societal, systemic problems as opposed to personal injustices. When I’m blasting Scatman John on the treadmill, I don’t hear a direct call for a massive general strike any more than I hear a discourse on the labor theory of value, but I do hear a scathing critique of modern capitalist culture. For that note, the fact that I am inclined to associate even anything even remotely critical of the status quo with radical communist probably says a thing or two about a culture in desperate need of change and progress. Scatman John hit the nail on the head, and he’s been sorely missed ever since.

Stay tuned for next week, where I’ll apply a dialectical approach to Carly Rae Jepsen’s Emotion.